Indiana State Park of the Week
POKAGON STATE PARK/TRINE STATE RECREATION AREA
450 Lane 100 Lake James
Angola, IN 46703
(260) 833-2012
Pokagon State Park is located near Angola, just off I-69. The park was originally called Lake James State Park when proposed to be the fifth Indiana State Park in 1925. The name was changed to Pokagon State Park to acknowledge the rich Native American heritage of the state and region. Leopold and Simon Pokagon were father and son and the last two most notable leaders of the Potawatomi.
For more information, please visit http://www.in.gov/dnr/parklake/2973.htm 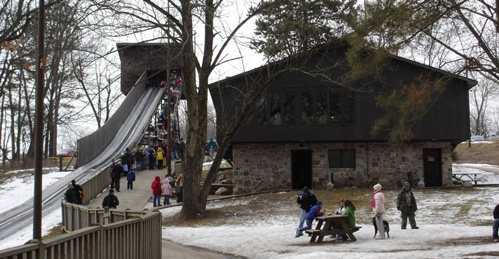